The recent Australian bushfires have impacted the lives of thousands of people, businesses and dozens of towns throughout the country. An estimated one billion native animals were also killed during the bushfires and more than 11 million hectares of habitat has been impacted – an area comparable to the size of countries such as, Iceland, Hungary or South Korea.

LG Twins fans had an opportunity to meet the players, snap photos and collect signatures. Attendees also participated in a raffle draw to win prizes including an LG 65-inch B9 OLED TV, LG CordZero A9 Ultimate vacuum cleaners and signed LG Twins baseballs and caps, adding another AUD$6,500 to LG’s donation to the wildlife charity.

LG Australia’s donation will go towards the emergency WIRES Wildlife Relief Fund for frontline wildlife rescue and volunteer groups. The fund provides assistance to cover the costs associated with the rescue and care of animals affected by fire, drought and extreme weather conditions. Licensed rescue groups and carers licensed as individuals can apply for assistance from the fund to cover the costs of animal food, medical supplies, veterinary needs and equipment.

Mr. Dan Lim, Managing Director of LG Electronics Australia said, “The Australian bushfires were an unprecedented disaster and one that has deeply affected LG Electronics, our staff and partners. The work being undertaken by WIRES is extremely important to us. It pains us to see the devastation that has occurred.

“LG Electronics is also looking at other ways in which we can actively and positively help groups such as WIRES and these communities affected by bushfires. We hope to make further announcements about the program in the near future.” 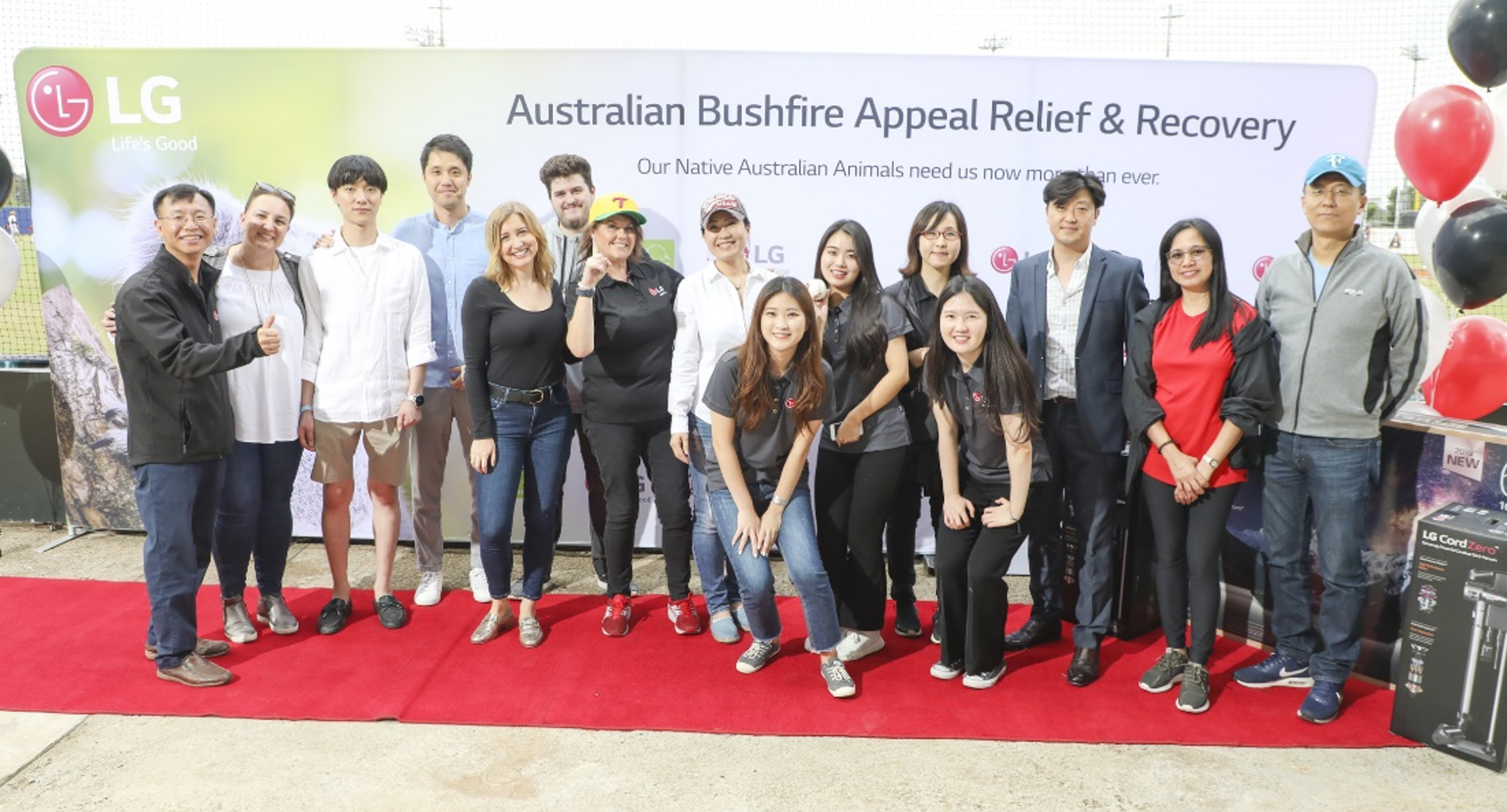 Since January, LG employees in Australia have been supporting the disastrous bushfires that impacted the country and its wildlife earlier this year. As part of LG’s ongoing commitment to this cause and employee engagement program, the company also announced last week that it will match staff donations to WIRES dollar-for-dollar.